VANCOUVER, Sept. 5, 2018 /CNW/ - GREAT PANTHER SILVER LIMITED (TSX: GPR; NYSE American: GPL) ("Great Panther"; the "Company") is pleased to provide an update on the progress of the trial stope and bulk sample program (the "Bulk Sample Program" or "BSP") at its 100% owned Coricancha gold-silver-lead-zinc-copper underground mine ("Coricancha") in Peru.

The BSP will process about 6,000 tonnes of material and is expected to be completed in the first quarter of 2019. Its objective is to validate key mine and process plant operating parameters used in the Company's Preliminary Economic Assessment ("PEA") announced on May 31, 2018, and further de-risk Coricancha. Following the completion of the BSP, the Company expects to make a decision in early 2019 on whether to commence the restart of Coricancha.

To date, 160 metres of decline access has been advanced, representing 35% of the project total, and is ahead of schedule. The development has reached mineralization at the Constancia vein. The following provides a view of the Constancia Vein in the 536 cross-cut, (looking south), showing a 2.05 metre vein width grading 151g/t Ag, 6.04g/t Au, 2.94% Pb, 1.06% Zn, and 0.12% Cu. In addition, work to date has shown that resue has been effective at separating vein material from waste and controlling over-break. Further, the project has advanced in the following key areas:

Additional information and photographs of the Coricancha Bulk Sample Program can be viewed HERE.

Robert F. Brown, P. Eng., is the Qualified Person for the Company under the meaning of NI 43-101 and has reviewed and approved the results in this news release.

Great Panther Silver Limited is a primary silver mining and exploration company listed on the Toronto Stock Exchange trading under the symbol GPR, and on the NYSE American under the symbol GPL. Great Panther's current activities are focused on the mining of precious metals from its two wholly-owned operating mines in Mexico: the Guanajuato Mine Complex and the Topia Mine. The Company is also advancing towards a decision to restart the Coricancha Mine in Peru with the initiation of a Bulk Sample Program following the completion of a positive Preliminary Economic Assessment in May 2018. The Company also continues to pursue the acquisition of additional mining operations or projects in the Americas. 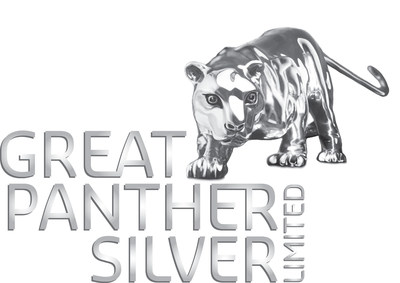