"We remain on track to meet our production guidance for 2018 with good year-to-date production performance, despite a decline in silver and gold production for Q3 compared to Q3 of last year", stated James Bannantine, President & CEO. "Given the sustained low metal price environment, we adjusted our mine plan in the third quarter to exercise the flexibility between our mines and plant to reduce mining of higher cost stopes at the Guanajuato Mine. This was a factor accounting for the relative decline in silver and gold production in the third quarter, along with lower grades and recoveries at the GMC and a particularly strong quarter of production for Q3 of 2017. We also initiated other cost reduction measures at our Mexican operations to address the low metal prices.  Our focus over the coming months will be on completing the acquisition of Beadell Resources Limited, as well as continuing to progress the Bulk Sample Program at our Coricancha Mine in Peru and advance to a production decision in early 2019."

In Q3 2018, production at the GMC included silver production of 448,840 oz and gold production of 4,737 oz, which represent a 16% and 19% decrease, respectively, compared to the same quarter in the previous year. During Q3 2018, we took steps to reduce mining of higher cost areas of the Guanajuato Mine. This was partly offset by an increase in ore feed from the San Ignacio Mine. Although San Ignacio has a lower overall mining cost, metal production was also affected by lower grades reflecting variability in the mineralization. The increase in Ag eq oz production reflects the change in the relative Au to Ag price as reflected in the Au:Ag ratio used to compute Ag eq oz.

The increase in ore processed is the result of a combination of mining areas with wider veins, as well as higher mill availability due to improved operational efficiencies.

Cash cost and AISC for Q3 2018 will be higher than full year guidance reflecting the impact of lower grades and narrower mining widths encountered, restructuring costs associated with cost reduction initiatives, lower by-product credits and mark-to-market adjustments on shipments from the prior quarter which were settled at lower metal prices in the third quarter.

Despite higher than trend costs in Q3 2018, the Company is maintaining its 2018 production, cash cost and AISC guidance. It is noted that cash cost and AISC are very sensitive to the Mexican peso foreign exchange rate and metal prices through the computation of by-product credits.

The focus for the remainder of 2018 for the Company's Mexican operations will be on achieving production efficiencies at Guanajuato and San Ignacio. The Company will increase the proportion of ore from San Ignacio as the Guanajuato Mine is optimized for profitability in a low metal price environment.

The Bulk Sample Program (the "BSP") on the Coricancha Mine in Peru continues to advance on schedule following the announcement of the positive Preliminary Economic Assessment ("PEA") on May 31, 2018. Further details of the project and an update on the BSP can be found on the Company's website in the Operations section. Upon completion of the BSP, expected in the first quarter of 2019, the Company will be in a position to make a production decision.

Great Panther recently announced an agreement to acquire all of the shares of Beadell Resources Limited ("Beadell"), the 100% owner of the Tucano Gold Mine in Brazil, in a friendly acquisition. Details of the transaction can be found in the September 23, 2018 press release and presentation which is available on the respective websites of each company. The transaction is subject to customary closing conditions, including shareholder votes for both Beadell and Great Panther, Australian court approval and TSX approval for Beadell and Great Panther, respectively, with the transaction expected to close early in 2019.

The acquisition of Beadell will create a new emerging intermediate precious metals production company with a significant mineral resource inventory, strong production growth with the potential addition of the Coricancha Mine, and attractive exploration potential from Beadell's 2,500 km2 exploration land package.  With Great Panther's strong balance sheet of approximately US$60 million in cash and no debt, the combined company will be fully funded to execute on the Coricancha growth opportunity, optimization and growth plans for Beadell's Tucano mine, longer-term exploration opportunities, and Beadell's debt service.

Great Panther expects its cash and net working capital will be sufficient to fund the closing and integration of the acquisition of Beadell, fund Beadell's further capital and debt service needs, and fund the restart of Coricancha should the Company make a positive decision to restart the mine.

Great Panther Silver Limited is a primary silver mining and exploration company listed on the Toronto Stock Exchange trading under the symbol GPR, and on the NYSE American under the symbol GPL. Great Panther's current activities are focused on the mining of precious metals from its two wholly-owned operating mines in Mexico: the Guanajuato Mine Complex and the Topia Mine. The Company is also advancing towards a decision to restart the Coricancha Mine in Peru with the initiation of a Bulk Sample Program following the completion of a positive Preliminary Economic Assessment in May 2018. In addition, the Company has signed an agreement to acquire all of the issued ordinary shares of gold producer Beadell Resources. The closing of this transaction will create a new emerging and growth-oriented precious metals producer focused on the Americas with strong geographic diversity across three leading mining jurisdictions, and a diverse asset portfolio including three producing mines, an advanced stage project, and significant exploration potential. 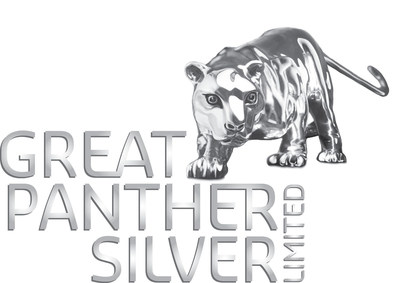