"We achieved the higher end of our guidance for the year, while also advancing our previously announced realignment of Mexican operations to reduce mining from higher cost areas of our Guanajuato Mine which, along with the San Ignacio Mine, forms our Guanajuato Mine Complex", stated James Bannantine, President & CEO.  "This strategy was taken in response to lower metal prices to reduce our cost profile."

"In order to maximize profitability and cash-flow at our Mexican operations, we recently made the decision to suspend operations at the higher cost Guanajuato Mine for 2019, which accounted for approximately 18% of consolidated production in Q4.  This will be partly offset by increased output and production from the San Ignacio Mine.  In 2018, we were also successful at increasing production at our Topia Mine and are completing engineering to further increase output, such that we expect to maintain consolidated production levels for the Mexican operations in 2019.  This multi-mine optimization strategy is expected to maximize mine operating cash-flow while the Company completes a focused drill program at the Guanajuato Mine aimed at growing higher margin resources.  We expect to announce 2019 production and cost guidance for our Mexico operations in the next two weeks.  Our focus this quarter will be on completing the acquisition of Beadell Resources Limited, as well as completing the Bulk Sample Program at our Coricancha Mine in Peru and making a production decision."

Topia increased metal production in 2018 by 42%, to a record 1,548,336 silver equivalent ounces ("Ag eq oz") and delivered a 15% increase in Q4 2018 compared to Q4 2017.  The year-over-year increase mainly reflected the planned processing suspension during the first quarter of 2017, to complete modifications to the processing plant and, to a lesser degree, a change in the Ag eq oz ratios.  The increase in Q4, however, reflects successful measures to increase productivity at the mine.

Topia increased its share of consolidated metal production to 41% in Q4 2018, compared to 32% in Q4 2017.  As noted, the Company is reviewing additional initiatives to further increase Topia's output in 2019 and expects to report on this in the next two weeks.

As mentioned, and previously announced, the Company took steps late in the third quarter of 2018 to reduce mining of higher cost areas of the Guanajuato Mine and increase the proportion of ore feed from the lower cost San Ignacio Mine.  These steps reduced overall unit costs, but also lowered throughput in Q4.  In addition, the operations experienced lower grades caused by variability in the mineralization.

As noted, Great Panther has initiated a further restructuring at GMC to shift all production to the San Ignacio Mine for 2019 with the objective of further reducing unit costs.  In addition, a focused 2019 exploration program at the Guanajuato Mine is underway with the objective of outlining blocks of higher-grade mineralization with geological and grade continuity.  This is expected to contribute to a new GMC mine plan for 2020 and future years with improved economics and sustainability in lower metal price periods.

The Company is also evaluating initiatives to further increase production at the Topia Mine and expects to release the 2019 production and cost guidance in the next two weeks after completing detailed engineering assessments for increasing production at Topia and finalizing revised GMC mine plans to account for the restructuring.

The Bulk Sample Program ("BSP") at the Coricancha Mine in Peru continues to advance on schedule and deliver positive results on key mining parameters.  The BSP is expected to be completed before the end of the current quarter at which time the Company expects to be in a position to make a production decision.

Great Panther is now well advanced towards the closing of its acquisition of Beadell Resources Limited ("Beadell"), the 100% owner of the Tucano Gold Mine in Brazil.  The respective shareholder votes for Great Panther and Beadell are scheduled for February 11th and February 12th, and the transaction is expected to close within two or three weeks following the shareholder votes on completion of final regulatory approvals.

The acquisition of Beadell will create a new growth-oriented intermediate precious metals producer focused on the Americas.

Great Panther shareholders are reminded that the Special Meeting of shareholders in respect of the acquisition of Beadell and to change the name of the Company to "Great Panther Mining Limited" is scheduled for 9:00 a.m. PT on February 11, 2019 at the Terminal City Club (Terrace Room B), 837 West Hastings Street, Vancouver, British Columbia.

Information about the acquisition can be found on the Great Panther website at www.greatpanther.com and by accessing the Management Information Circular on SEDAR at www.sedar.com, or on EDGAR at www.sec.gov.  Shareholders can also contact our proxy solicitation agent, Laurel Hill Advisory Group, with any questions:

Great Panther Silver Limited is a primary silver mining and exploration company listed on the Toronto Stock Exchange trading under the symbol GPR, and on the NYSE American under the symbol GPL.  Great Panther's current activities are focused on the mining of precious metals from its two wholly-owned operating mines in Mexico: the Guanajuato Mine Complex and the Topia Mine.  The Company is also advancing towards a decision to restart the Coricancha Mine in Peru with the initiation of a Bulk Sample Program following the completion of a positive Preliminary Economic Assessment in May 2018.  In addition, the Company has signed an agreement to acquire all of the issued ordinary shares of gold producer Beadell Resources Limited.

This news release contains forward-looking statements within the meaning of the United States Private Securities Litigation Reform Act of 1995 and forward-looking information within the meaning of Canadian securities laws (together, "forward-looking statements").  Such forward-looking statements may include, but are not limited to, the Company's ability to increase output from the San Ignacio Mine, the ability and timing of increasing production from the Topia Mine, the ability to maximize profitability and operating cash-flow, the successful reduction of unit costs. statements with respect to the findings of the Preliminary Economic Assessment for Coricancha Mine, the timing or findings of the BSP on Coricancha Mine, the timing or positive outcome of a production decision for Coricancha Mine, the ability and timing regarding the acquisition of Beadell, and, in particular, any other forward-looking statements made under the heading "Outlook" above including the sufficiency of cash and net working capital to fund the closing and integration of the acquisition of Beadell, fund Beadell's further capital and debt service needs, and fund the restart of Coricancha should the Company make a positive decision to restart the mine.  Forward-looking statements involve known and unknown risks, uncertainties and other factors which may cause the actual results, performance or achievements expressed or implied by such forward-looking statements to be materially different.  Such factors include, among others, risks and uncertainties relating to potential political, permitting and environmental risks involving the Company's operations in foreign jurisdictions, technical and operational difficulties that may be encountered at the Company's operations as well as with the reactivation of the Coricancha Mine, uncertainty of production and cost estimates and the potential for unexpected costs and expenses, uncertainty in mineral resource estimation, physical risks inherent in mining operations, currency fluctuations, fluctuations in the price of silver, gold and base metals, completion of economic evaluations or resource estimates, exploration results being indicative of future production of its properties, changes in project parameters, and other risks and uncertainties, including those described in the Company's Annual Information Form for the year ended December 31, 2017 and Material Change Reports filed with the Canadian Securities Administrators available at www.sedar.com and reports on Form 40-F and Form 6-K filed with the Securities and Exchange Commission and available at www.sec.gov.  There is no assurance that such forward looking statements will prove accurate; results may vary materially from such forward-looking statements; and there is no assurance that the Company will be able to identify and acquire additional projects or that any projects acquired will be successfully developed.  Readers are cautioned not to place undue reliance on forward looking statements.  The Company has no intention to update forward looking statements except as required by law. 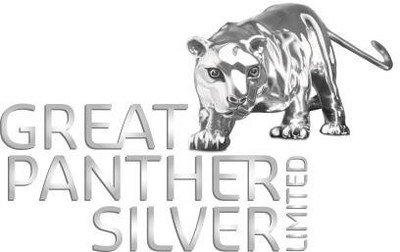